Opened on May 18, 1939, Hersheypark Stadium is a football, soccer and concert arena, and is located in Hershey, Pennsylvania, U.S.A., on the grounds of Hersheypark. 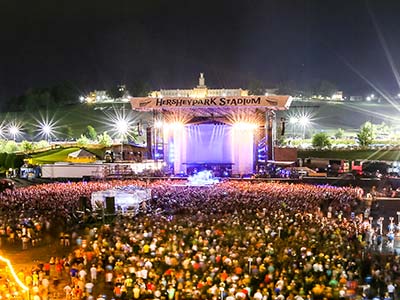 The summer home of the Philadelphia Eagles, as well as the site of rodeos, athletic and music competitions, concerts, pageants, and racing events, Hersheypark Stadium was even the host of a birthday gala for President Dwight D. Eisenhower in 1959.