Are you ready for one of the biggest events in popular music today??? That’s right, it's the one we've all been waiting for – Train, Natasha Bedingfield and O.A.R. are hitting the road together for the “Play That Song Tour”! They’ll be coming to the Hersheypark Stadium on Saturday 17th June 2017!!! What are you waiting for??? Hit the “Buy Tickets,” button NOW to be sure of your place – tickets for this event are going to sell out FAST!! 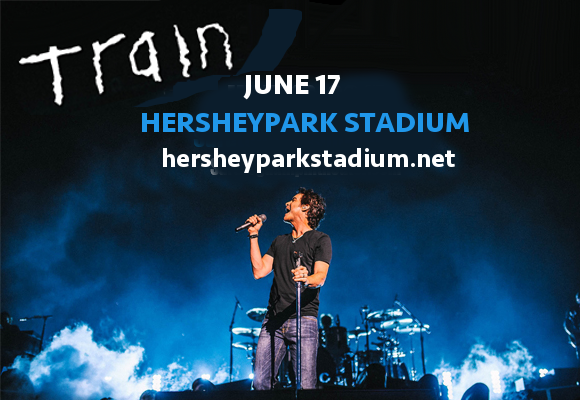 Openers O.A.R (short for Of A Revolution) are an indie and roots rock band, formed in Rockville, Maryland in 1996. They recorded their first album, “The Wanderer,” to positive critical reviews whilst still in high school!!

Next up is Natasha Bedingfield. A musician from an early age, tutored in guitar and piano, she formed her first EDM group, “The DNA Algorithm,” with her siblings, Daniel and Nikola Bedingfield, when she was still a teenager!! At age 14, she sang vocals for Origins’ “Refined Intricacy”. With all this preparation, its no wonder that her first release, “Unwritten,” was an instant worldwide hit, selling more than 2.3 million copies and earning her a Grammy Award for Best Female Pop Vocal Performance.

An instant household name across the world with their album “Save Me, San Fransisco,” in 2009, spawning the Billboard Hot 100 top charting singles “Hey, Soul Sister", "If It's Love" and "Marry Me,” the album eventually receiving Gold certification, Train are one of the biggest acts on the popular music today. The band will now be on tour with their most recent offering, 2016’s phenomenally successful “A Girl, a Bottle, a Boat.”

Don’t miss out on your chance to catch the songs you love live – get your tickets to see Train TODAY!!!