Fans of Florida Georgia Line, Dan and Shay & Morgan Wallen are already preparing to see them LIVE on stage at Hersheypark Stadium this coming Saturday 17th August 2019. This concert is set to be the BEST of 2019 with a stunning set of songs that will sure to delight new and old fans alike. Country fans eat your heart out at this incredible show, with all of the biggest names on one stage… Florida Georgia Line will be live on their "Can't Say I Ain't Country" Tour! Tickets on sale NOW! 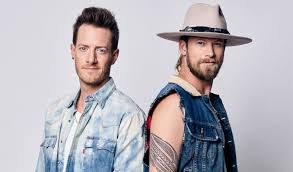 Florida Georgia Line, Dan and Shay & Morgan Wallen are preparing to perform at multiple stops across the state as part of their bright and energetic tour. Their tour has got many people excited as concert fans will be traveling across Pennsylvania to witness this concert.

Brian Kelley and Tyler Hubbard met in Belmont University in 2008 through a worship group on their campus, having both previously expressed themselves musically by forming Christian bands and groups. After graduation, the two gave themselves two years to become a successful country act. That’s exactly what they did – and how!! Their 2012 single “Cruise" attracted the attention of major labels and resulted in the pair being signed to Republic Nashville/Big Machine Label Group. The single has since become the best-selling digital country song of all time in the United States, and is the only country song EVER to receive Diamond certification!

After multiple top-charting albums and sold-out tours, such as their 2016 “Dig Your Roots,” featuring massive names such as Tim McGraw, Ziggy Marley, and the Backstreet Boys!! Their most introspective and thoughtful album yet, “Dig Your Roots,” has transformed their career even further!

Back in 2019 with brand new material and an exciting tour, titled "Can't Say I Ain't Country" you'd be crazy to miss this! Get ready for Florida Georgia Line at their very best this coming summer! 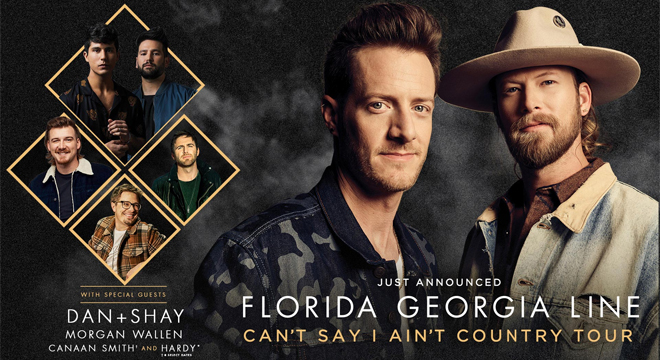